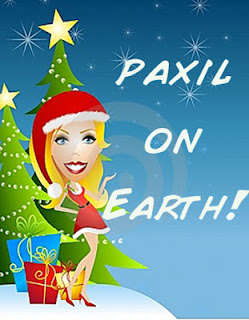 In the time-honored tradition of my 2010 radio standard - "It's the Most Wonderful Time for a Beer," I bring you another Holiday Classic. I write the songs that make one or two people the whole world sing, yo. (To the tune of "Jingle Bell Rock.")

What a headache, how her back aches,
Fifty-nine things to do,
It's pure chaos, runs her ass off,
Most of these men don't even have a clue. 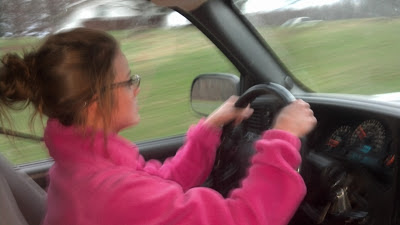 Yeah, I know this picture's blurry.
But it's all been a blur. She-was-born-she-was-a-girl-and-then

My daughter has her driver's permit now, and I cannot flipping believe it, and there's the picture and that's what I've written about for my first book chapter, and as promised, here's a blurb from this essay, "Left of Center" copyright 2012, Dawn Weber:

Clearly it's time for me to give her advice. I do this often. Is she awake? Is she walking? Is she breathing? I should definitely offer her my guidance on these activities.

She knows, she says.

I see her eye-roll, but it doesn't stop me. No sir.