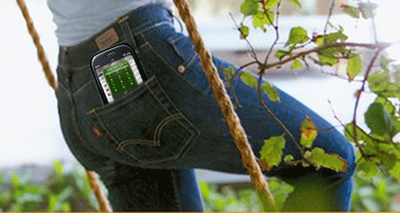 (Thank goodness for Facebook. Or I would never have found my college friend Robin again, a girl with whom I spent many hours at the bars working hard in the Kent State newsroom. (Check out Robin's awesome blog at http://almostbutnotquiterobin.blogspot.com/) I'd also never know that we are two of the three people in the world who like the cheesy 70s soft-rock band Ambrosia. (Don't be a hater - you know you've hummed along to "Biggest Part of Me" while shopping at K-Mart...) Unfortunately for our readers, all ten of them, our embarrassing love for this schlock led to our Great Idea! A Duet Post! Read on...)

RS:
The other day, I found myself in one of those “Candid Camera” sort of moments. I had stopped by our church to pick something up from the office there, and while I walked back to my car, I kept hearing the faint strains of music coming from somewhere nearby.

But, I couldn’t figure out quite where. I looked over my right shoulder. Saw nothing, but I still heard music. I looked to the left. Same thing. The music continued to play. Little tinkling, muted notes.

“Where in hell is it coming from? I asked no one else in particular, seeing that I was alone.

I paused and looked around again. Then it dawned on me. The music was coming from my backside. My right back pocket, to be exact. From my phone – and its Pandora app.

Some how I “butt dialed” the app when I put the phone in my pocket. And there it was, playing my favorite cheesy 70s station, “Ambrosia Radio,” and fittingly enough, “How Much I Feel,” by none other than Ambrosia. 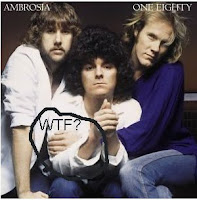 Apparently my butt needed to hear a little saccharine 70s goodness. Right then and there. So it helped itself to my phone.

I’m no stranger to butt dialing (or purse calling, depending where the phone is at the time of the incident). My mother says her answering machine often is full of these garbled kind of calls from me.

Do I just have poor phone management skills or do others have the same issue? I took to Facebook and posted a synopsis of my Ambrosia incident on my old journalism pal Dawn’s wall to find out.

DW:
You posted it on my wall, alright. But you were all classy about it, using the word "butt" instead of "ass." Of course, I had to take it right to the gutter, and throw in some ass. I can't help it! It's a funny word.


(Disclaimer: Robin is not responsible for the ass-ing that just, and is about to, occur.)


I reminded Robin that I have "ass-chatted" with an application on my touch-screen phone while walking to my car one evening with device in pocket. A bunch of nonsense, said my ass, to anyone who happened to be on Facebook that night.


Our deep, meaningful thread drew the attention of some of our old Kent State University pals. We are a classy bunch.


Rick said, thanks to butt and Blackberry, he has "ass-Tweeted" nonsense to a prominent journalist. Sammie added that he has arse-activated his Ipod in both grocery stores and meetings, wondering where that awesome Madonna and New Order music was coming from.


So see, Robin? You're certainly not alone.


And I won't even tell you what happens when I tuck the phone into my bra in the restroom. Butt-dialed? How about boob-dialed? Let's just say my Barnes and Nobles have run some apps!

RS:
My classiness, as you call it, is all a sham. A thinly veiled screen to hide my true nature from the world, and any clients and professional contacts who routinely read my blogging efforts. Are there really any of you out there, anyhow? Anyone? Anyone?

My question to you With whom did your ass chat and what did it say? You have a talking ass. That’s pretty awesome. Rick’s is talented, too – his Tweets, and I bet it has something pithy to post, knowing Rick.

Sammie and I are more into musical butts, apparently. I can't decide which is better, however: His Madonna or my Ambrosia. Some might say both equal monumental musical fails. I (and Sammie, I imagine) beg to differ.

Speaking of these fine folks, would you expect anything less than such deep and meaningful conversation from the DKS crew of the late 1980s. Just think about the players involved -- and our former newsroom hijinx. In the immortal words of Edith and Archie Bunker, "those were the days!"

And, for the record, I'm so glad you confessed that your "girls" get unruly with your phone when using your bra for more than a boobie holster. I've done the same thing when I am lacking pockets or an appropriate handbag. I have to admit, my cleavage is pretty secure in such a capacity. (See, classiness does not prevail, as much as I pretend it does.). Now, I think mine want their own lines of service and an iPhone. Or so they say.

DW:
You mean your chi-chis can talk? Woman, that is talent! My mammies just run apps...


This Droid phone is a lifeline to my kids, so I take it EVERYWHERE, including the staph/swine-flu/death-infested public bathroom stall.


But I don't always take my 20-lb. behemoth purse with me. So the device gets stuffed in my cleaner-than-the-can-bra with my super-sanitary-stackers while I, er, do my thing.


Once inside the hooter-house, my coconuts get creative with the smartphone. No simple calls for them, no way. Those crazy fog-lights have run all kinds of Android apps: the calculator, the barcode scanner, a quick little game of PacMan...


Oh, and BTW, you asked what my rear had to say the evening I ass-chatted while walking to the car? I'll give you an exact quote, for journalistic integrity and all:


Robin, my ol' friend, one thing's for sure: We may be staring at middle age. But our T n A's are still a turn-on. For our phones.

RS:
You know it, sistah! And quite literally, too. Hold on for a sec. My phone’s ringing. Hello? Hey, Dawn, it’s for you. it’s your butt. No wait, alright, ass. Do you want to talk to it or should I take a message?
Posted by Dawn@Lighten Up! at 7:56 AM